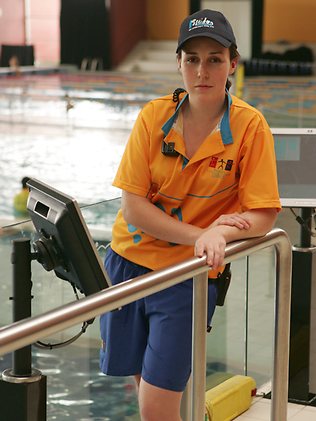 Developers of the Poseidon computer-aided drowning detection system say they hope more councils will adopt their program after it was used to help rescue a man at the Blacktown Leisure Centre at Stanhope Gardens.

“This boy appeared to be in trouble and it was only a couple of seconds before the alarm sounded to help alert lifeguards to what was happening,” Poseidon spokesman Troy Green said.

“They were able to get to him quickly and save his life.”

“That’s important because anything over 30 seconds can lead to a hypoxic brain injury,” he said.

Video from the system shows a young man in his 20s sink to the bottom of a pool and lie motionless only moments after diving in.

Lifeguards were alerted by Poseidon that there was a person in severe distress and they were able to pull the man out of the pool. He recovered poolside.

At the moment the leisure centre is the only pool in Australia to use the system but it is installed in more than 220 pools in Europe, America and Japan.